Is it OK to Copy from My Neighbor’s EULA? (Yes. Really.) Part 3 of 4: Still more important considerations when developing an End-User License Agreement 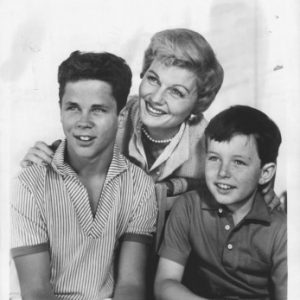 “Boy, you really goofed it this time, Beav!”

At SoftwareKey, our team famously prides itself on being up-to-the-minute with the latest trends in software licensing technology.  But we have to confess to the presence of a sole member of our support staff who has a particular affinity for television programs produced during the Stone Age — you know, the period of time just before 1964 and the arrival of the Beatles.  This staff member recalled the plot of a 50-plus-year-old episode of Leave It To Beaver when we began composing an introduction to this blog post, telling us how the adolescent Beaver yet again found himself in a real mess when he unexpectedly scored high on an English exam.  To most teenagers, such an event would be a cause for celebration.  But Beaver’s conscience is troubled by the fact that his extraordinary achievement is due to the fact that the exam he takes is the exact same test his older brother Wally took four years prior and gave it to Beaver the night before the his exam to use as a study aid! “Cheating by accident,” he later called it.

Like most sitcoms of that era, every moral dilemma was magically resolved in less than 30 minutes (incidentally, Beaver’s teacher praised him for his honesty and assured him that he would not be subject to punishment for his unintentional cheating).  And, today, in the third installment of our four-part series of related blog posts spotlighting End-User Licensing Agreements (EULAs), Jordan Donaldson, a prominent Orlando, Florida attorney specializing in business and intellectual property law, takes far less than Beaver’s half-hour running time to assure you that it’s not at all considered unethical to search the Internet for examples of EULAs and to liberally appropriate key words, phrases or paragraphs and tailor them to fit your specific needs.  But he also wants to caution you that one size does not fit all, and that there are indeed instances where you will indeed want to consult with an attorney to determine what actions are most proper with respect to your specific situation.  And, as Mr. Donaldson further explains, doing so does not necessarily require you to seek out a second mortgage.

Oh, just a quick reminder as Mr. Donaldson makes his way to the podium: If you missed out on either Part 1 or Part 2 of the series, we’ve got you covered! You can read the first installment here and then come back to check out the second installment here!

When drafting a licensing agreement, there is no rule against borrowing an existing agreement and altering it to fit one’s particular needs. Written documents are copyrightable only if they are an original expression; legal agreements contain “boilerplate”—standard language that is the opposite of original expression. Accordingly, there is a low chance of there being any originality of expression in a licensing agreement that would be covered under copyright law preventing the use of its language—assuming the language fits the required circumstances.

Our regularly scheduled programming will resume after station indemnification. (Huh?)

When assembling a licensing agreement, the subject of indemnification will likely arise. Indemnification is when one individual takes on the obligation to pay for any loss or damage that has been or may be incurred by another individual, and can be imposed by either law or contract. Indemnification clauses greatly vary, but in most cases, the obligor (indemnifying party) promises to reimburse the obliged (indemnified party) from and against any and all “losses, liabilities, claims and causes of action” (recoverable damages) incurred by the indemnified party that “cause,” “arise from” or are “related to” the specified events establishing the indemnity (covered events).

The best way to conceptualize indemnification is this: parties to a contract customizing their risk allocation. In business-to-business contracts, indemnification is often a highly negotiated provision; however, EULAs are one-sided and tailored to protect IP owners’ rights when it comes to the use of their software by the masses. Therefore, those licensing their software to end-users have every reason to require end-users to indemnify them, but no reason to indemnify end-users. For a bit of real-world convincing on this matter, a quick web search of various EULAs will confirm the trend against indemnification among big players like Microsoft. Unless there is a compelling reason to do so, companies should steer clear of indemnifying users. If they must include indemnification language, companies should limit any language as much as possible in their favor. Consult an IP attorney familiar with contract negotiation to discuss and weigh risks vs. potential or actual return when negotiating indemnification provisions.

A word of caution: excluding indemnification of end-users may increase the likelihood of those users disputing the EULA should a legal issue arise. Therefore, licensing parties should include a strong dispute resolution provision to mitigate potential liability and damages down the line.

All side-splitting lawyer jokes aside…..

Copious practical and legal issues are likely to arise when drafting a license agreement. Laws relating to intellectual property can be difficult to understand and interpret. A specialized IP attorney can provide invaluable help and experience when putting together and enforcing EULAs, such as reviewing drafts, advising on the best possible diction to allow for clear-cut ownership rights, and forming an action plan if someone has infringed on an owner’s IP rights in software protected by a licensing agreement.

As with most issues involving legal counsel, it is often expensive; however, there are modest options available due to advances in technology and a growing pool of IP lawyers. In a poll conducted by Rocket Lawyer, 51% of small business owners admitted to avoiding seeking legal counsel for fear of high costs. In response to this need for more affordable service, the company created its “On Call” program, which provides users with free and discounted access to qualified lawyers in their area who will review legal documents at no additional cost, provide members with an array of flat-rate legal services, and offer heavily discounted hourly fees.

After making sure your company’s EULA is airtight and protective of the company’s interests, the next most important step is making sure the EULA is actually accepted by end-users properly and such acceptances are tracked properly.

Coming up next: After a dozen drafts, the EULA is ready for publication. Now what?

In the fourth and final installment of this series, Mr. Donaldson will discuss obtaining end-user acceptance of the terms of the EULA and how the SoftwareKey System’s ELA (Electronic License Activation) and ELM (Electronic License Management) features can be used to create a permanent record of customer acceptance of the EULA as well as selected license management activities (e.g., dates and times of license activation, revocation, or transfer). Be sure to sign up on the right side of this page to be notified of future blog posts! We promise not to share your email address and you can unsubscribe at any time.

Jordan Donaldson is a business and intellectual property attorney. Mike Wozniak is the founder of SoftwareKey.com and responsible for marketing, content and product strategy. When he isn't plotting new ways to help customers solve licensing and business automation challenges, he likes to travel and entertain guests who come to visit the Orlando area. He also writes most of the licensing tips here.

Fill out the form below to get your FREE report.