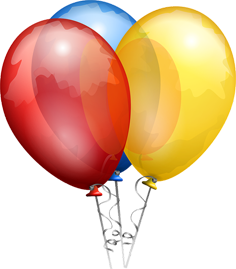 ​How ironic that as we make this post about a major announcement with SOLO Server that it happens to be this product's birthday.   On this day back in 1998, SOLO Server processed its first online license activation.

Time flies when you're having fun, and over the last 10 years, we have certainly had plenty of fun doing the work we do here. As such, it makes it hard for us to imagine that the last time we did a major visual overhaul on the SOLO Server administration interface dates back to late 2006! Well we're at it again, and "better late than never" as they say… To begin, let's talk about some of the really good reasons we had to make some significant changes.

Goal 1: Give it a Responsive Design

First, we have to concede that not every page in SOLO Server's author administration interface is going to be responsive with this update. This will take place over time, in a safe, undisruptive manner. However, the login page is a good example of what you can expect to see, so let's start by looking at the previous login page.

The previous design used a fixed-width which is true to its date: 2006. (This is why so much dark-gray area is visible in this screen shot.) Consequently, the previous design did not scale well to displays that did not exist back when it was created. This includes things like smart phones (iPhone, Android), higher resolution (like 2K, 4K/UHD) displays on PCs and Macs. Now let's preview the new login page:

As you can see, the new login page makes much better use of the space available. Additionally, it is responsive, so the content automatically wraps and scales as needed based on the screen or viewport size. In other words, things move and scale automatically based on the browser's size, whether you are using a desktop monitor or a smart phone.

We feel the menu structure was previously more complicated than it had to be, and could be a bit confusing (especially for new users). For example, the menu previously became visible when hovering the mouse over an item, which created two problems:

a) It was easy to slip with the mouse and lose your place as you navigated deeper into the 2nd and 3rd tiers of the menu, and

b) It did not work on touch-devices (like phones and tablets).

Now, we can compare and contrast this with the new menu…

With the new menu, you click or touch to bring a menu up, and you can click or touch the same item again (or the space outside of the menu) to close the menu. Things are drastically simplified, and never exceed 2 tiers in the menu itself. Furthermore, most of the key items you previously configured under the "Authors" are now under a "Configure" menu, and with the e-commerce specific items now all grouped under the "Store" menu.

So now you might ask, but what did you do with the menu to address goal 1 of making it responsive? Well, we have that covered too! Here is a preview of what things look like on a phone, tablet, or a desktop browser sized-down to have a small viewport.

The new menu shows as a "hamburger" (top-right) on smaller devices/viewports.

Upon clicking or touching the "hamburger", the menu and it's child menus become visible. (The fade here is just to keep this graphic smaller).

How will I know where to find things?!

Don't worry! When we launch the updates, we will include documentation that will serve as a "map" so you can find what you need based on its prior menu location.

Implementing these menu changes required us to make some significant updates to the underlying technologies used to handle the visuals, which brings us to our next goal...

SOLO Server has been a robust, stable system for licensing and e-commerce since it was introduced in 1998. There's no doubt in our minds that its rock-solid stability and performance have been key to its success. As with any system that has been around for so many years, it has had the opportunity to evolve and adapt to our customers' needs -- your needs. However, with added flexibility, added complexity often follows. With these new underlying technologies in place, we have some ideas on how we might bring some order to the complexities behind some administrative tasks, while not removing or reducing the vast flexibility that has driven SOLO Server's success.

Previous Post What is the difference between software licensing and software protection? Next Post 4 reasons to allow software deactivation – and how it works