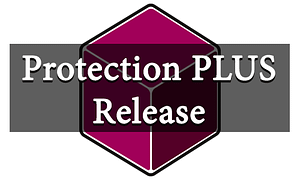 We are especially elated to announce this summertime release of Protection PLUS Version 5 because it represents the final “beta” release of the PLUSNative library.   Just as Sony reluctantly phased out its Beta format during the first few years of the new millennium, we also bid a fond farewell to our own beta version of Protection PLUS 5. It has served us — and our customers — wildly beyond our original expectations!

While PLUSNative is altogether production-ready and is currently in widespread production use by many of our customers throughout the world, we opted to retain the beta label because of the inclusion of sample code as well as the License Manager desktop application. (Since the majority of Protection PLUS 5 customers rely upon SOLO Server for online license management services, they do not technically require the use of the License Manager GUI.)

Although the Protection PLUS 5 .NET Edition API (PLUSManaged) has been officially in production release mode since 2009, we have just recently implemented an internal protocol of releasing new builds of all Protection PLUS 5 libraries and utilities in a synchronized fashion.

Here are a handful of interesting updates to Protection PLUS 5 that became effective with this release:

Protection PLUS 4 users can rest assured that we will continue to support all Protection PLUS 4 APIs in a maintenance mode for the foreseeable future.  Soon, however, we will begin to re-focus all product literature at our SoftwareKey.com website to highlight the amazing array of new features to be discovered when using Protection PLUS 5. Since Protection PLUS 5.14.2.0 will be the last “beta” version of the PLUSNative API and the License Manager GUI application, we strongly encourage your timely submission of any feedback or other comments related to this release.